I installed Service Pack 2 for WSS and MOSS on two seperate environments, one was a breeze (following Shanes Almanac Instructions), and took around 1/2 hour but the other failed on Step 8 of the Configuration Wizard.

The failed installation showed up the following errors in the logs:

04/30/2009 09:32:06 8 INF Resource id to be retrieved is UpgradeTaskFailConfigSyncDisplayLabel for language English (United States)

I tried various psconfig and stsadm upgrade commands, but nothing worked...

Anyway, it seems the Groupboard Workspace application was causing it to fail (as was the case with the Infrastructure Update last July) I uninstalled Groupboard 2007 from Add/Remove programs, and SP2 installed perfectly!

SP 2 offers numerous fixes and performance updates. One, I had a quick look at was the preupgradecheck.

Once you've installed SP2, goto a command prompt and type

Service Pack 2 was released yesterday, check out this link from Shane Young for all you need on downloading and installing, quickly...

The official announcement is here:

Will hopefully be installing this afternoon, and report back anything..

Service Pack 2 for Office Products, due to ship April 28th...

Check out here for more detail...
Changes that will impact SharePoint:

"What happened to the Office piece of the name? We love MOSS. . . .

The first thing you’ll notice is that the MOSS acronym goes away with the new name since Office is no longer in the SharePoint official name. No one should worry that SharePoint doesn’t work great with Office 2010 since we removed Office from the name, just like people didn’t worry whether SharePoint was a great portal product when we removed Portal from the 2007 name.
The primary reason why we took Office out of the name - lots of folks associate the name Office with the Office client. We wanted to take the opportunity to reestablish the Office name and brand to be synonymous with the client suite. I say “Give the people what they Want” so everyone should immediately think of Microsoft Office = Office apps.

Just saw this -Hot off the press!

"We’re announcing that Microsoft will begin releasing new versions of Office-related products this year. Exchange 2010 will be the first product in this lineup, entering beta for customers to download today. Exchange 2010 will become available in the second half of 2009. Office 2010 — including Office Web applications, SharePoint Server 2010, Visio 2010 and Project 2010 — will enter a technical preview in the third quarter of 2009 and will release to manufacturing in the first half of 2010. "

I was doing some research for a client on Mashups and playing around with Microsoft Popfly to demonstrate creating games and educational apps. Anyway, I stumbled across the Wonders of the World demo by IDV Solutions. Its an awesome demo which uses a new mashup tool called Visual Fusion. The demo shows information pulled from a custom list, then ‘mashed-up’ with Virtual Earth.

I’ve come across the term mashup a number of times over the last few years.. its one of those terms like Wiki which is always a bugger to explain to someone.

Wikipedia defines it as: “A Web site or web app that seamlessly combines content from more than one source into an integrated experience.” basically giving you the user the ability to create/customise your own app or web page with the information you need from a variety of sources.

I’ve seen a ton of examples on the web such as looking at a Google Map, overlaid with geo tagged images stored in photo sharing site FlickR. Other examples are BI dashboards which users can create on the fly. Check out and download Flotzam where your facebook feeds and pokes, blog, twitter, FlickR and Digg feeds can come to you in one place.

Popfly is Microsoft's Silverlight based Mashup editor. “The mashup editor in Popfly is a graphical programming environment where mashups are built by connecting blocks together. In Popfly a block is basically something that does something. That means that a block can do anything. So a block could add two numbers together, or it could fetch some photos from Facebook and another block could then display those photos.” More here

You can sign into Popfly with your Live ID and start creating games, web pages and apps straight away.

There are a number of other editors which allow you to create mash up apps and web pages such as Mapano, Google Mashup editor, Mozilla Ubiquity and JackBe.

Hopefully will get a chance to dig deeper, will try and post back any  findings.

SharePoint Solutions have released a web part called the 'Data Zoom'. Its a free tool which allows you to build dynamic data-driven content on any SharePoint page. The data can come from other SharePoint sites, Lists and pretty much any data source.

The web part provides the ability to perform queries using fairly simple syntax in the web browser. It works with MOSS or WSS and requries the .net framework 3.5.
There are a number of extensions, code snippets and ready made apps for download, including a growing community of developers...
For more information click here

Lets see how easy this is.. just downloaded Livewriter from Microsoft, (Offline Blog Client)  - installed and going to add some links and an image then publish up to this blog!

UPDATE: That was easy, I’ve seen and tried some other open source tools, but this was by far the best! It prompted me to login to Picasa Web Albums, so image gets stored there…

You can add Albums, Maps, Tags and Embed Video. or link to Soapbox and Youtube!

You can add all sorts of plugins to really spice up your blog check this gallery out..

Got no excuse now! cant believe I’ve missed this! 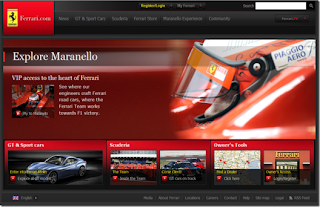 More on the new Themes

Just found a blog post which has some screenshots of the new themes:

Note: they are a set of Visual Studio 08 Extensions for SharePoint projects containing designed themes for SharePoint. So you need to package them yourselves.

Although... a Gent from down under, Mr Daniel Brown has packaged up as a wsp for you.. Thank you! ;o)